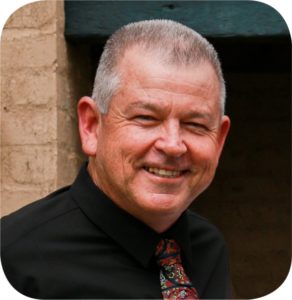 Revd Dr Lindsay Cameron is an Australian, the husband of Rosalea and father of Logan and Tyrel. Lindsay was raised on a sugar-cane farm in North Queensland and converted to Christ at 23 years of age. Since then Lindsay and his family have travelled extensively, including living abroad for a decade.

Lindsay has served in the Church as a pastor, denominational leader and missionary. From 2000-07 he served as the Director of Global Partners in Africa, supervising ministry in 14 countries under appointment from the North American Wesleyan Church. From January 2008 – January 2012, he was elected as National Superintendent of the Wesleyan Methodist Church of Australia and, from 2008-16, he served on the International Board of the Wesleyan Church.

Lindsay’s education has included a BTh from Kingsley College in Australia, an MTh from the University of South Africa (UNISA), and a PhD from the Australian National University (ANU). Lindsay’s doctoral thesis, “The Convergence of British and American Methodism in the South Pacific” has been published as Methodism Reborn.

Publishing that’s good for the soul

Cypress Project (formerly Cypress Trust) draws upon the hope of Isaiah 55:13: “Instead of the thornbush the cypress will grow.” It promotes a refreshing new experience of the Christian faith with a focus on devotional encouragement, theological discussion and church history.

We love our customers and welcome your feedback and suggestions. Use our Email Us page to tell us what we’re doing right or what we can improve on.

Shipping within Australia is calculated on Parcel Post for the single most expensive shipping-item in your cart. Shipping to the South Pacific or North America is calculated on Economy Air per item. The shipping cost will be added to your purchase at checkout (once you have entered your delivery address).

Local pickup is available in Melbourne, Brisbane and Auckland for selected books. Follow the local pick-up link on each book’s descriptor page.